Just got back from a week in Düsseldorf, Germany to watch Louis play football as he was taking part in a football exchange programme between Four Oaks FC and DJK Tusa 06. This scheme has been running since 1970 for the under 13's and is apparently the longest running exchange scheme in the country. In the photograph is Louis in the green/black strip and blue boots and his friend from Germany Artur on the left in Red, Louis did not score but for the short time he was playing striker he did hit the post and set one goal up. We all had a good time and were made to feel most welcome by our hosts. 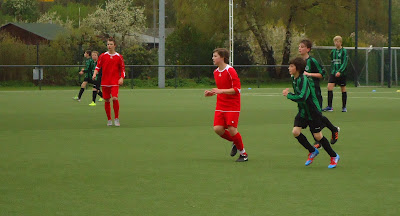 Back to the Marcos, oil and filter change done. Lots of little jobs to do and they do take up so much time, I have a rather tatty looking steering cowl cover that does not fit very well and have been struggling to find a decent solution to hold it in place. I have filled up some of the surplus holes as some switches were on this cowl originally and have cut down a metal clip to secure from the top from inside and will put another one underneath, once done I will tidy it up and give it a lick of paint although it will eventually be covered in leather when I get the interior sorted, 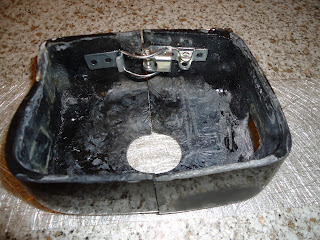 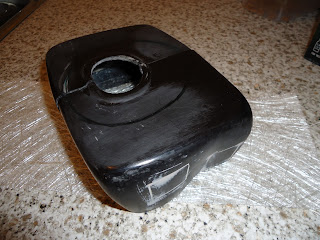