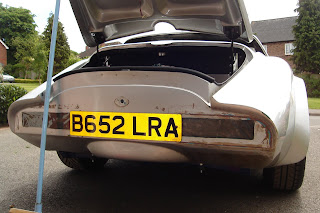 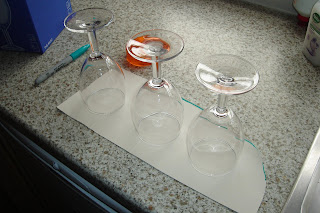 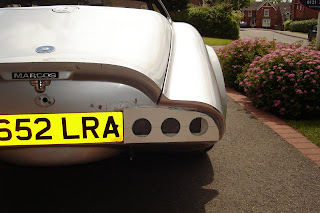 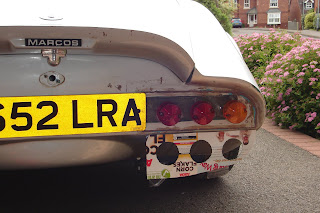 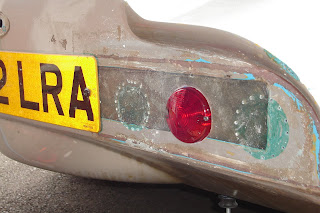 Made a start on the rear lights, previously I had filled in the holes for the original lights and having bought a spare Ultima Sports set of rear lights from Ebay decided to finally see how they would look compared to the traditional rectangular lights fitted on the Mantula models, I can always swop the originals one's back on if they do not suit the car. Also decided to move the number plate light back to it's original place hanging from the boot. Anyway got the wine glasses out which were the same size as the new lights, made a template and with a little messing about decided on where they should sit, ideally I want the lights to be part recessed in the bodywork rather than sitting proud.

Have drilled one of the holes however as the sun is out quite temped to go for a cycle ride and resume this job tomorrow,