Finally dry after a very mixed weather weekend at Prescott to celebrate the 50th Anniversary of the Marcos Coupe.

Saturday was lovely and sunny and took a few photographs of cars parked up and got chance to chat to a few other owners, lots of interest was shown in my car and recall one couple in particular who appeared to be comparing the style of mine with a very early Marcos parked next to me, i got talking to them and  asked if they had a Marcos, no they told me but were was looking and had always liked them, the lady asked if she could sit in the the drivers seat, of course i said and when she got out full of praise for the style of the car i asked if she knew much about Marcos,  she told me she had come along with her dad Dennis and then it clicked, Dennis Adams who actually designed the car 50 years ago was there for the weekend to hand out a few prizes.

Saturday night was non stop rain and i told myself no way was i going to risk driving up the hill for the first time in the wet however Sunday afternoon the sun eventually broke through and managed a few drives up the hill,  much fun but i did take it very very easy,

This is my new favourite photograph of my car, taken by Gary who was parked up on the hill most of the day, i will be getting this made into a canvas print for the wall. 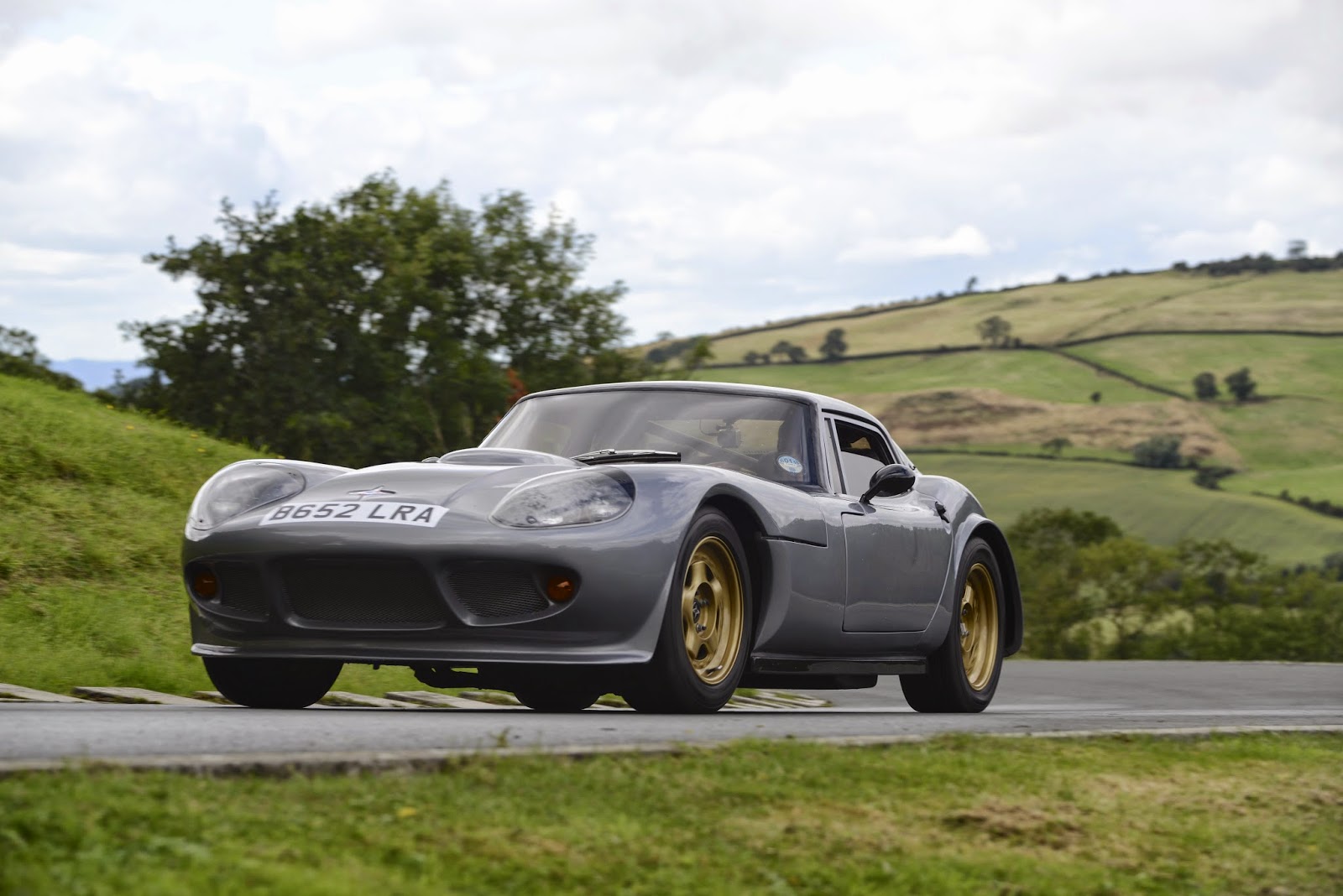