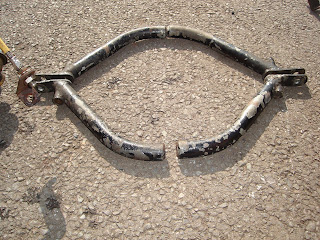 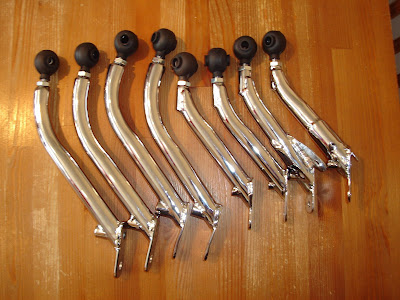 Finally got my suspension arms back and have bought some rod ends to suit, after much deliberation I went for some Chrome Moly ones with some rubber booties to fit so hopefully they will last the course.
The boots I had a right game fitting as the holes are quite tight, presumably to keep any crap out and to also keep the grease in once I have filled them.
After several frustrating minutes stretching and pulling to try to get them on I put them in boiling water to soften the rubber and for a few seconds they were soft enough giving me enough time to blow any moisture out from inside and they would just about stretch over the rod ends. I also recut the threads, used some copper anti-seize compound and filled the inside of the suspension arms with some waxoil. I now need some new high tensile bolts so I can fit them to the Marcos and can then look at the rest of the wheel hub area. I know that the front brake discs are due for replacing however to get them off the hub I think this will be easier to achieve if I refit the front suspension and will have something to pull against.
I have also been putting off sending the Koni shocks away for rebuilding/servicing due to the cost however it is something that I need to do very shortly to get the Marcos sitting on it's own wheels again,
Martyn
22/05/2009.