Finally happy with the carbon fibre sheet I was playing with after several attempts, laid the first cover and then ripped it off again as I struggled folding the edges over neatly, then laid another and sealed the edges with some masking tape, then applied 2 resin coats but the 120 wet and dry was too abrasive so I had to apply more resin top coats and this time started with 240 wet and dry and went upwards finishing with 1200 and some rubbing compound, such hard work for such a small piece which is almost hidden anyway but it's all part of the learning curve.

Tried to take some decent photographs but not too clear, actually looks a lot better than the photographs show. 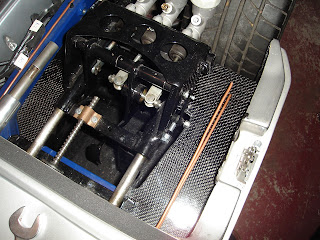 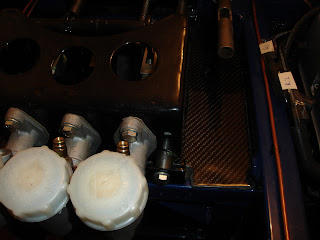 Now need to make a start on the actual pedal box cover and the battery tray on the passenger side, hopefully will not take quite so long although some more curves to get around this time so will be interesting. 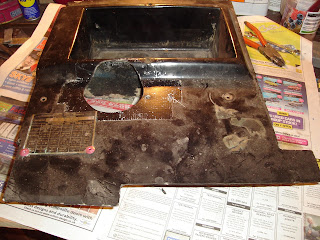 A few other shiny bits ordered from Demon Tweeks so looking forward to fitting those as well,